California moved into a dangerous new phase of the coronavirus pandemic in the new year’s first week as besieged hospitals ran short of oxygen and the state’s COVID-19 cases rose to more than 2.4 million.

Six cases involving the more infectious U.K. coronavirus strain have been reported in Southern California. Los Angeles’ mayor said Sunday that the city’s residents are being infected at a rate of one every six seconds. The state has the second highest rate of cases per 100,000 people, after Arizona, according to the COVID Tracking Project.

Gov. Gavin Newsom described the state’s current situation as a “surge on top of a surge” at a briefing today, noting that hospitalizations have increased seven-fold in the past two months. COVID-19 “is more deadly today than any time in this pandemic’s history,” he said.

Over the past seven days, an average of 37,845 COVID-19 cases have been reported each day. Over the next three weeks, another 6,286 Californians are projected to die from COVID-19, according to the state’s epidemiological forecasts.

U.S. Army Corps of Engineers and state Emergency Medical Services staff have been deployed to hospitals to bolster their capacity to offer oxygen to patients with damaged lungs, Newsom said. The state is procuring more oxygen containers and also will adapt its 42 medical disaster support units to provide oxygen.

“COVID fatigue and resentment is certainly at play here,” said Dr. Mark Ghaly, the state’s top health official, at today’s news conference. “The activities you did a month ago are now just so much more risky. We do believe the stay-at-home order did make an important difference in the past few weeks, to … flatten the curve just a little bit.”

Ghaly described California as being “in the deep dark part of the tunnel, but there is light ahead” as more people get immunized.

As a new coronavirus variant begins to take hold in California, state health officials are trying to speed up distribution of the newly authorized Pfizer and Moderna COVID-19 vaccines. Newsom said today he’s requesting that state lawmakers approve $300 million for vaccine distribution across the state.

As of Sunday, more than 454,300 vaccine doses had been administered statewide, primarily to top-priority health care workers and nursing home residents, according to state data. But that’s just a quarter of the more than 1.7 million doses California’s health departments and health care providers have been allocated from vaccine makers, prompting criticism that officials aren’t moving fast enough to get the vaccine into people’s arms.

Newsom acknowledged that the pace of immunizations has “gone too slowly for many of us.” “We are working aggressively to accelerate our pace,” the governor said.

As part of that effort, California will now allow dentists to administer the Pfizer and Moderna vaccines with proper training. State officials also are working to enlist pharmacy technicians, more doctors and clinics, and even National Guard members to immunize Californians.

While anecdotal data suggests that some health care workers are declining the vaccine, Ghaly said: “We don’t have a shortage of individuals in California who want to be vaccinated.”

“We are working hard to make sure that 100% of what we get, we’re working to get out as fast as possible,” he said. 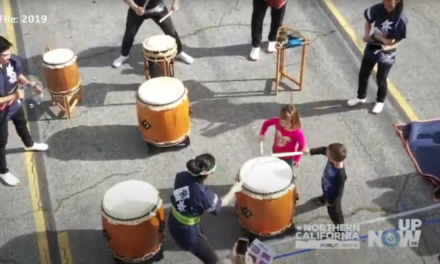 News Up NOW with Rocío López