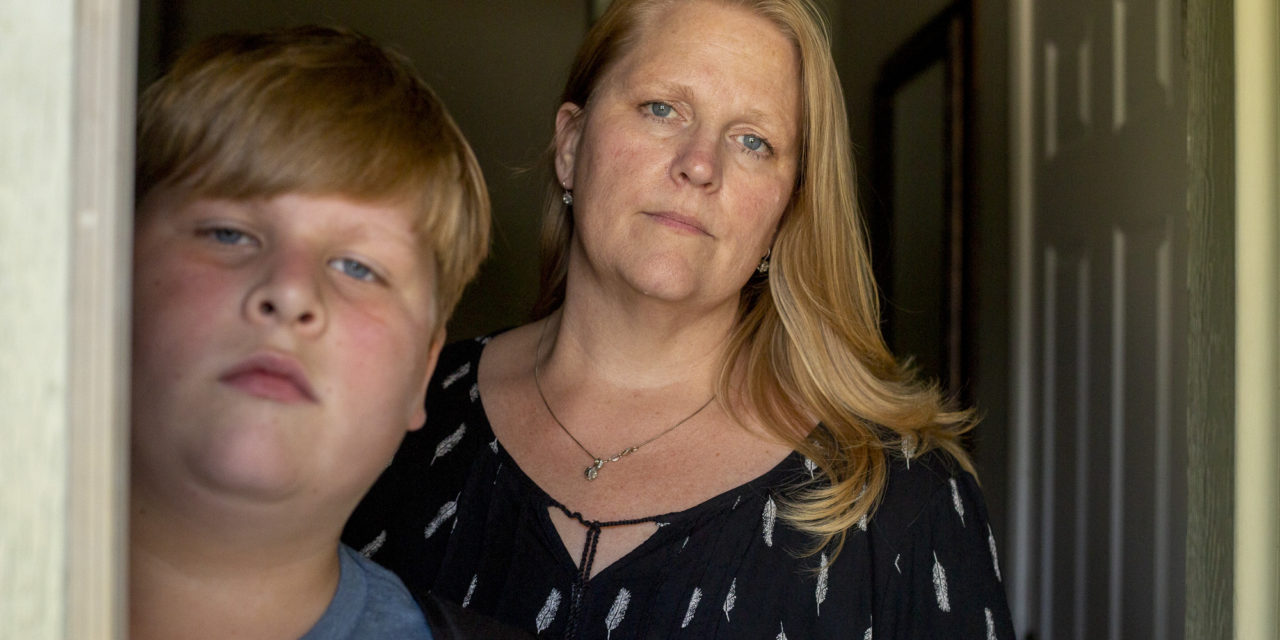 Heather Christiansen got an email on Aug. 14 from her son’s school, saying her 10-year-old had been in contact with a classmate who tested positive for COVID-19.

As required by California health guidelines, Christiansen’s son Kayden would have to quarantine at home for 10 days.

“It was only the fourth day of school,” she said. “He’s missing out on not only his friends, but he’s stressing out about falling behind.”

Kayden’s teacher at Madera Elementary in the Simi Valley Unified School District near Los Angeles provided a packet for him to complete during the 10 days of quarantine. Christiansen said Kayden finished it in three days and has since then spent his time watching TV and playing video games.

As California schools reopened amid the spread of the more transmissible and deadlier delta variant, student quarantines became commonplace within days. San Francisco Unified reported 64 positive cases among students within the first week of opening. On Tuesday, Los Angeles Unified reported about 6,500 students were in isolation a week after school started.

But a new state law is undermining the ability of schools to keep these quarantined kids engaged. Its provisions attempt to stretch independent study — a program intended for long-term remote learning— to meet the spontaneous, short-term needs of students temporarily quarantined.

Schools say they are unable to hire the teachers required to provide independent study for these quarantined students. As a result, they can languish in an educational limbo, while schools risk losing state funding for the days they are technically “absent.”

Nor can many schools meet the needs of a growing number of parents — concerned about the risks of the delta variant — who are seeking to move their kids into more permanent independent study.

At San Francisco Unified, 800 students recently applied  for independent study to avoid the spread of the delta variant, more than doubling the number of students who registered before the school year started last week. A spokesperson for the district says there might not be enough teachers to accommodate these students.

“What they did was they wrecked both programs,” said Peplinski. “I know legislators are well-intended people, but they didn’t have enough educators’ perspectives.”

Independent study — not a catch-all solution

Independent study existed long before the pandemic. This mode of instruction worked best for traveling athletes, child actors and students who wanted to advance more quickly.

Students would collect packets from their schools and complete them on their own. Teachers typically weren’t required to contact students frequently, but that varied depending on their individual needs.

“Independent study is not appropriate for all kids,” said Peplinski. “The only kids that can really choose independent study are the ones who can stay at home with child care.”

State legislators drastically changed these rules just weeks before California schools reopened for the first fully in-person school year since the start of the pandemic.

After the devastation of school closures, distance learning became a radioactive term for legislators. Since the start of the pandemic there’s been little accountability for both students and teachers. Attendance and grades plummeted. Younger learners especially became disengaged. English learners and students with disabilities fell disproportionately behind.

Independent study provided a template to fix distance learning for the small percentage of students whose parents weren’t yet comfortable with sending them back to campuses.

The new law’s provisions “enhanced the existing program to ensure students receive comparable curriculum and increased time with teachers,” said Democratic Assemblymember Patrick O’Donnell of Long Beach, chair of the Assembly Education Committee. “As we start the new school year, we will monitor and contemplate adjustments if needed.”

A spokesperson for the committee’s vice chair, Republican Kevin Kiley of Rocklin, said the distance learning of last year was never meant to be a permanent solution. “Legislators were trying to draw a hard line,” said spokesperson Josh Hoover. “and say schools need to be open in person, and distance learning is no longer on the table.”

But superintendents say the legislation signed by Gov. Gavin Newsom on July 9 overcorrected for the shortcomings of distance learning by forcing districts to completely redesign independent study programs as the only alternative to in-person instruction.

Districts are now required to provide students with live instruction as a part of independent study. Teachers have to work with parents and students to design a plan of study. Student-teacher ratios for independent study cannot be higher than district-wide averages.

And under the new state law, if a student decides to move back to in-person instruction, the district has five days to comply. This could be a logistical nightmare considering that many class sizes have already hit their maximum.

“In middle and high schools that’s not just one student, it’s one student times the number of classes they take,” said Don Austin, superintendent of Palo Alto Unified. “At the elementary level, it can easily mean a student may not have a spot when they choose to return.”

Austin and his team ultimately decided to hire a third party to manage its independent study program. The district is paying an additional $3,000 for each of its approximately 230 students enrolled.

“We had to figure out the rules from the Legislature in one month,” he said. “It was pretty out-of-touch.”

According to district officials and their lobbyists in Sacramento, the new independent study rules were approved during a more optimistic time when vaccination rates were rising and the pandemic seemed to be receding.

“In defense of the governor and Legislature, it was a whole different set of circumstances,” said Barrett Snider, a lobbyist who represents school districts. “COVID was trending down. The delta variant spike changed everything.”

At San Francisco Unified, 700 students had signed up for independent study by the district’s initial July 30th deadline. But after more parents expressed interest out of fear for the delta variant, the district extended the deadline to Aug. 27. So far, 800 additional students have signed up. Staffing is the most urgent concern.

At Nevada Joint Union High, a district of about 2,500 students, the independent study program is already full. After seeing 30 COVID cases within the first three days of school, Superintendent Brett McFadden said he expects more parents to request a switch to independent study.

“Right now with the explosion of the delta variant, the only other option is independent study,” he said “But all of us only have so many teachers who can teach it.”

The irony of this moment is not lost on lobbyists like Snider. With this year’s state budget, California’s schools are getting more money than ever. But money won’t create more teachers, he said.

“The disconnect is that Sacramento has given districts buckets of money to hire, but there’s no one to hire,” he said. “We’re bleeding more teachers than we can recruit.”

Quarantining students with no plan

The new independent study law has left California schools reopening with no short-term option for teaching students in quarantine. An independent study program can take several days to plan. By the time that’s done, the quarantine could be halfway over.

And because students would be working with a teacher who isn’t their regular classroom teacher, educators say it doesn’t make sense as a temporary measure.

Some districts have left it up to individual teachers to keep their students engaged during quarantine. Other students have been left in the dark.

Caroline Colson, a parent of a student at Skyline High School in Oakland, said her son has gotten no school work during quarantine. She and her son made repeated attempts to contact his teachers.

“My son has been proactive about communicating with his teachers about assignments,” she said. “No one has reached out to me.”

At traditional public schools, however, teachers cannot be required to teach in both the physical and virtual classroom, and educators agree it’s unreasonable to ask teachers to manage an in-person classroom while working remotely with their quarantined students.

At Lodestar, an Oakland charter school serving less than 1,000 students, 9th and 10th grade students were all sent home when five students showed symptoms and four separate COVID tests among students and staff came back positive. The school switched immediately to distance learning for everyone.

“My son took it quite well, but he’s looking forward to getting back to school,” said Lakisha Young, a parent at Lodestar and the CEO of a parent advocacy group called The Oakland REACH. “The transition wasn’t tumultuous. We’ve all had so much time adjusting to a new normal”

But even if students do stay busy during quarantine, they still count as absent. Because state funding for school districts is based on attendance, superintendents fear all the absences could add up to hundreds of thousands of dollars in lost funding this year.

Nicholas Filipas, a spokesperson for the California Department of Education, said districts can get these absences excused by submitting the same form they use when they shut down due to emergencies like wildfires. But Filipas said districts also need to submit plans for providing independent study to the students who were out.

At Green Dot Charter School in South Los Angeles, administrators are trying to make sure quarantine protocols won’t cut their funding. School officials are currently bargaining with the school’s teachers union to create a temporary independent study program that requires teachers to take attendance, upload any presentations they give in the classroom and hold office hours on Zoom for students in quarantine.

But according to Dustin Stevenson, a teacher at Green Dot, administrators and teachers are just checking the boxes to make sure they don’t lose state funding. He said simply uploading instructional materials isn’t enough for most students, especially English learners. And he said expecting students to voluntarily attend office hours is unrealistic.

“Literally not one of my lessons that I’ve delivered since last Wednesday would make any sense at home,” Stevenson said. “That’s part of what’s so frustrating.”

Given the problems since California schools reopened, district officials are hoping for a more permanent remedy. In the coming weeks, legislators will vote on a budget “clean-up” bill that could respond to the widespread criticism of the independent study change.

“Superintendents across the state are scrambling to find a workable situation around the new rules, and they can’t do it,” Snider said. “A lot of our school leaders are counting on the Legislature.”

Christiansen, the Simi Valley parent, said any type of virtual lesson would be better than her son’s first quarantine experience.

“My kid can’t keep being sent home without any instruction for several days or weeks,” she said. “After virtual learning last year, he’s already behind.”

Joe is the K-12 education reporter for CalMatters. His stories use data to highlight inequities in California’s public schools. Before joining CalMatters in June 2021, he was the education reporter at KPBS, the public media station in San Diego. Previously, he covered the schools in the Coachella Valley for The Desert Sun, a daily newspaper in Palm Springs. He has a bachelor’s degree in comparative literature from the University of California, Irvine and a master's degree from Columbia Journalism School. 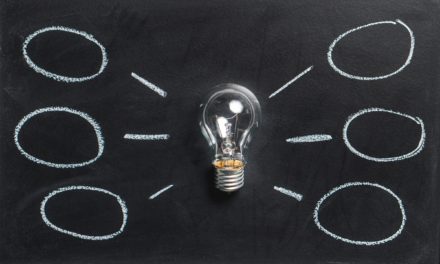 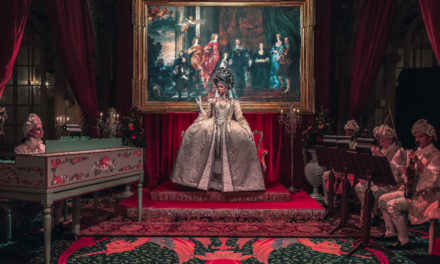