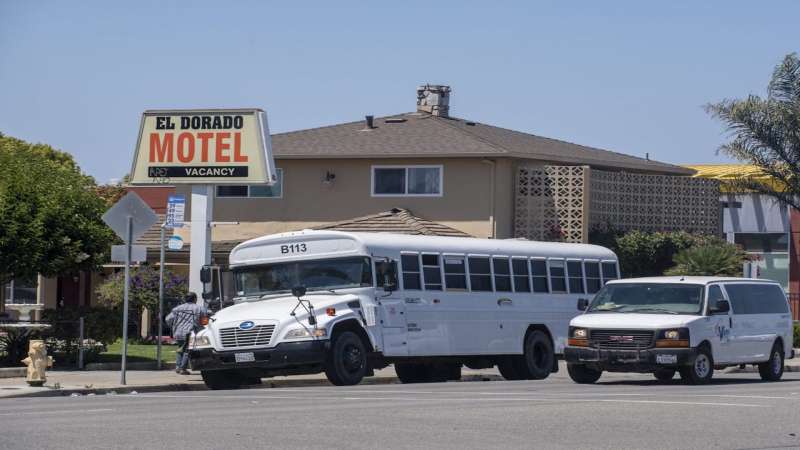 California’s businesses must follow new rules to protect workers from getting coronavirus on the job, while harvesting companies must minimize overcrowding in guest farmworker housing following a California Divide  investigation  that uncovered rampant coronavirus outbreaks this summer among a low-wage workforce putting fresh produce on America’s kitchen table.

The rulemaking body for the state’s workplace safety agency voted unanimously today to approve the requirements as part of a broader  package of protections  aimed at protecting millions of workers from getting coronavirus on the job. The California Division of Occupational Safety and Health’s emergency standard is expected to take effect within 10 days and may be extended for up to 14 months.

Citing a joint investigation by CalMatters and The Californian Salinas for the  California Divide  that uncovered outbreaks among farmworkers brought from other countries, housed in crowded motel rooms and bussed to and from work by the dozen, Cal / OSHA  wrote “there has been an overrepresentation of migrant temporary farmworkers testing positive for COVID-19. ”  Under the new standards, workers must be housed in disinfected rooms with beds spaced six feet apart and sit at least three feet apart when transported to farm fields. Employers must do their best to keep workers in stable pods who sleep, bus and work together to minimize outbreaks.

Sandra Aguila of California Rural Legal Assistance in Santa Maria said the more than one hundred known COVID cases among guest workers brought to the US on H-2A visas there were “not isolated events.”

“There is no room for complacency.” -ATTORNEY GENERAL XAVIER BECERRA

“In Santa Maria, you often see 30 H-2A workers being housed in a small 1200 square feet single family home, or as many as six workers housed in one motel room,” Aguila said. “Adopting the proposed regulations will reduce the risk of future deaths.”

The standards also require that employers identify and fix COVID-19 hazards with the help of workers, notify all potentially exposed employees and offer them testing, pay workers while they are quarantined, and report all outbreaks to local health departments – provisions that Cal / OSHA wrote were “necessary to combat the spread of COVID-19 in California workers.”

Though some employers worried the new rules were confusing and burdensome, workers and labor advocates lauded the new rules as crucial to slowing the spread of coronavirus among essential workforces and the communities they go home to after work, as California   cases soar  . During the pandemic, Cal / OSHA has conducted nearly 500 inspections into work-related COVID accidents, including 187 deaths.

“There is no room for complacency,” Attorney General Xavier Becerra stated. “This temporary emergency standard will help clarify what needs to be done to protect workers and ensure that local authorities have the tools they need to take action.”

Over the summer, Cal / OSHA published dozens of industry-specific COVID guidelines, but they are not mandatory. Since August, Cal / OSHA has issued over   $ 1.5 million in COVID-19 related citations   to businesses that did not implement an effective Illness and Injury Prevention Plan or follow   California’s aerosol disease standard   for certain health-related workplaces.

The new emergency standard gets much more specific about the health and safety precautions that employers must take – or face penalties from Cal / OSHA.

In August, CalMatters and the Salinas Californian uncovered reports of six outbreaks at seven companies that employ guest agricultural workers in four counties across the state, sickening more than 350.

Guest workers are uniquely vulnerable to the virus because they sleep five to a room, on average. They usually depend on their employer for legal entry, wages, housing, transportation and food, making it especially challenging for guest workers to speak out against unsafe conditions.

“Especially important will be the new clear standards on employer-provided housing and transportation that we’ve proposed in that emergency standard, these are issues most common in agriculture, to help reduce COVID-19 transmission,” Parker said.

Oregon OSHA    first adopted similar protections for employer-provided housing in April  , which Governor Kate Brown   recently extended  . Washington issued its own   rule   in May, which it expanded in   September  . Following California Divide’s investigation, Santa Barbara County  announced its own public health order   to protect guest workers from the virus.

The risk of coronavirus spreading quickly among the over 25,000 H-2A workers in California persists.

Since the California Divide investigation was published, outbreaks in H-2A housing in Santa Barbara County swelled to at least 33 employees of Rancho Nuevo Harvesting and at least 104 employees of Alco Harvesting, including one death of a domestic worker.  A new outbreak ensnared 10 workers at Buenaventura Ranch, including three guest workers.

According to Fresno public health officials, as many as 3% of workers at Prima Wawona packing facilities, which employs domestic and H-2A workers, have been diagnosed with COVID-19.

There may be more outbreaks among guest workers that counties   simply aren’t tracking or making public .

Too rushed or not soon enough?

Labor advocates first petitioned for the new COVID-specific regulations in May, but Cal / OSHA did not vote to develop them until September, and did not publish the draft language until a week ago. At least   10 other states have already mandated   COVID workplace protections, according to an analysis by Deborah Berkowitz, worker health and safety program director for National Employment Law Project.

“California should have done this six months ago. They didn’t, ”said Berkowitz. “I’m glad they’re doing it now.”

Business advocates lined up today to argue that the process for developing the rules was dangerously hasty and lacked public input. They pleaded for more revision and participation before it goes into effect.

Matt Rogers, general manager of AgSocio, a labor contractor that was certified to employ 72 H-2A workers in Salinas this year, said his company has taken extensive safety precautions and successfully contained two positive cases. But, he said, the standard would hurt his business by cutting in half the number of workers they could house.

Rob Moutrie, a lobbyist for the California Chamber of Commerce, said the new rules may be too cumbersome for businesses to implement within a few weeks. He pointed to the requirement for employers to pay employees the entire time they are quarantined – a big labor law change that would usually be hammered out in the legislative process, not by a state agency.

Maggie Robbins, an occupational and environmental health specialist at Worksafe, which first   called   for the emergency standard in May, had a different take: “This is a really important way to provide workers the ability to say, ‘No I really can’t come in to work, I’m sick. ‘”

Kate Cimini with The Salinas Californian contributed to this report. This article is part of   The California Divide  , a collaboration among newsrooms examining income inequality and economic survival in California.

News Up NOW with Claudia Iseman

News Up NOW with Rocío López 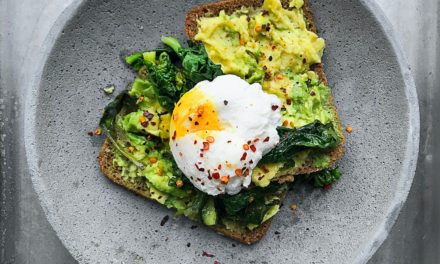